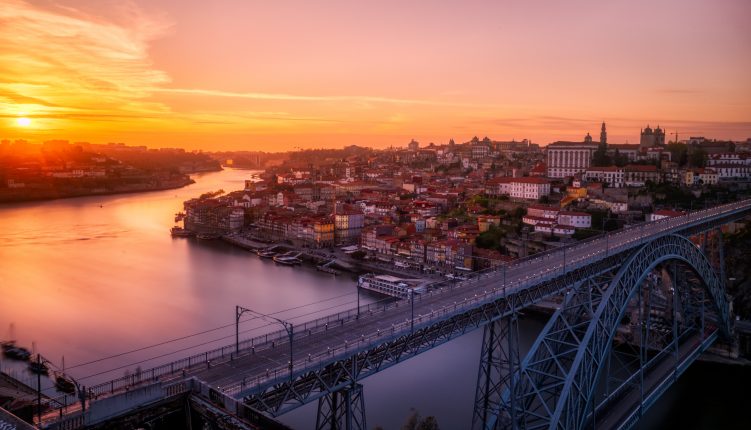 Whether you’re a wine lover, foodie, beach bum, or all of the above, Porto has something for you. Here’s why it should be on everyone’s travel bucket list.

No longer just “Lisbon’s quieter sibling,” Porto has recently been generating a lot of buzz.

Portugal’s second-biggest city and Lisbon’s longtime rival, Porto sits on the banks of the Douro River in northern Portugal. While in the past first-time visitors to Portugal made a beeline for the capital city of Lisbon, Porto has lately been pulling in record numbers of international travelers.

Between January and November 2017, the Cidade Invicta (“unvanquished city”) drew more than 1.4 million visitors. And in 2018 Porto saw an 11 percent spike in tourism revenue and a 5 percent increase in travelers, making the city Portugal’s fastest-growing destination.

Voted the #1 European Best Destination in 2012, 2014, and 2017, Porto is stealing the spotlight from Lisbon and other hotspots like Paris and Prague. Here are four reasons international travelers are moving Porto to the top of their bucket lists:

Often hailed as Portugal’s food capital, Porto loves food as much as foodies love Portugal. Located by the Atlantic coast and surrounded by fertile vineyards and farmland, Porto feasts on ultra-fresh seafood and produce complemented by slow-cooked pork and flavorful cheeses. In addition to hearty, comfort-food classics, the energetic city offers a growing number of innovative international and fusion restaurants.

Foodies can get lost amid the bustling Mercado do Bolhão, a traditional Portuguese market where vendors hawk olives, smoked meats, and produce along with ready-to-eat treats like pastries and sardines paired with glasses of Vinho Verde. Or pull up a seat in a traditional café to sample the iconic francesinha sandwich piled high with fresh and cured meats, blanketed in melted cheese, and showered in spicy sauce.

In between meals, pop by a rooftop bar for an aperitif and petiscos, or Portuguese-style tapas. For dessert, you have a choice between Portugal’s world-beloved pasteis de nata custard pies or the many other traditional pastries baked fresh in Porto’s many bakeries, such as the queques de cenoura pumpkin muffins or the fluffy, folded guardanapos cake.

Porto is the city that gave Portugal its most widely known and frequently imitated wine: Port. Port wine is grown in the Douro Valley, a breathtaking cultural landscape and UNESCO World Heritage Site about 100 kilometers (62 miles) west of Porto.

After production, port wine is shipped to Porto to age in the city’s dozens of wine cellars. Wine cellars are clustered in Gaia, a 10-minute walk across the Dom Luís I Bridge from the old city center. During guided tours and tastings at port wine cellars, guests can sample sips of sweet traditional, white, and pink port wines paired with almonds, cheese, and chocolate.

Next, mosey on over to the Museu Serralves, or Serralves Museum of Contemporary Art—one of the most important contemporary art museums in Portugal with collections ranging from pop art to minimalism. End the evening at the Casa da Musica, which hosts a variety of music shows ranging from small-scale projects to national touring acts.

For those seeking to escape the thrum of the city, Porto’s numerous lush, green parks and leafy gardens are ideal for picnicking, sunbathing, and strolling. Amid strutting peacocks and bubbling fountains, you can savor a glass of wine while gazing at the sunset over the gleaming Douro River.

Located along Portugal’s Costa Verde coast, Porto has access to some of the region’s quietest, cleanest, and most surfable beaches. Many beaches are a quick metro ride from the city center and equipped with shaded cabanas, volleyball nets, outdoor cafés, and restaurants. And thanks to Porto’s mild climate, surfing is a year-long activity at its beaches.

To the east of the city you’ll find the crystal blue waters of the Foz de Doro beaches. Rocky and often treacherous, these waters are best observed with a frosty Super Bock beer from the decks of one of the many beach bars.

With its eclectic food, world-class wine, story-telling sights, and enviable beaches, Porto is an enchanting blend of Old World meets contemporary. If you are a visitor to this long-hidden, one-a-kind city, you won’t be the first to want to stay forever.

Embrace the Lifeafar and book your next adventure at Casa do Cativo, our boutique hotel located right in the heart of Porto.  And follow us on Instagram for more travel inspiration and to share your Lifeafar moments with #Lifeafar.