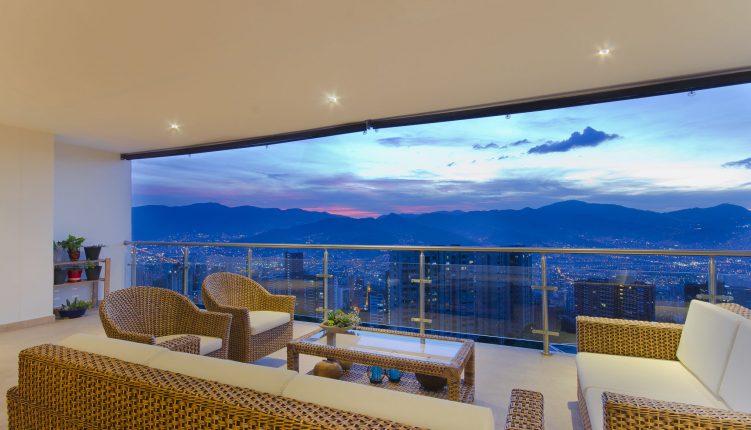 Less than 20 years ago Colombia was practically a failed state. There were leftist revolutionaries in control of big areas in the jungle. There were battles with the government, army and paramilitaries. Drug cartels ran many of the big cities.

Sadly, it was one of the last places on earth you would think of investing in real estate. But every cloud has a silver lining, and Medellin is potentially one of the riches silver linings we could see in our lifetime.

You see all that strife drove it’s reputation nearly to the point of no return. Thanks to incredible city planners, a fantastic will of the people to re-brand themselves and say “NO” to a reputation they didn’t want, Medellin is staging one of the world’s great comebacks.

But “shh!” we don’t want the word to get out, too soon, since there are endless opportunities for real estate development here, right now. We see this as one place where buying homes or apartments is as close to a sure thing as we might ever see. So we’re long on housing, right now. In fact, investing in houses is quite close to all we are doing now.

These days it doesn’t take a lot for me to get involved in another property here. And here’s why…

Even before April of 2015, when TIME magazine wrote about “the Colombian comeback,” I had visited the country and had seen for myself what was going on.

I spent time in Medellín—one-time “murder capital of the world,” now a totally transformed city. I visited the country’s Caribbean coast. And I saw for myself wealthy Colombians enjoying their new vacation homes and relaxing on pristine beaches. It was so contrary to the picture I had in my mind about this place, it was as if I couldn’t get my mind around it. But the landscape is real, and seeing is believing.

Colombia’s middle class is on the upswing. The rich today, are getting richer. And I’m profiting with the type of apartment these people want to live in. Right now, prices here on the ground reflect Colombia’s past. Not her present or even the massive future potential.

If you have a home, it can net an 8% yield on the very low end, here. And in many cases, you are buying so cheap that, as this middle class grows, values will increase. You are also getting diversification from your dollar since real estate here sells in Colombian pesos.

This “comeback” hasn’t happened overnight. And Colombia isn’t quite yet rid of the security issues that ripped the economy apart. If you are trying to pipe oil hundreds of miles through the jungle or prospect for gold in remote areas surrounded by armed gangs or guerrillas, the issues are clear.

Powerful criminal elements have emerged that are bold and brazen. And those are responsible for what has slowed the city’s reputation recovery. This too, has proven to be an asset since we are more bullish on a slow transition, than a sudden change. We trust it. If this had come overnight, we probably wouldn’t be here.

Roads are tightly packed with cars, many of them brand-new. Approximately two out every five Colombians is under 20. And they are full of optimism as they congregate in open squares and plazas. Many family members—their older brothers and cousins who left in the 1990s—are returning—a sure sign that this is no illusion.

On Wall Street they call Colombia “the next Brazil” with good cause. Colombia has gold, oil, and hydroelectric power. It grows coffee and has plentiful forests. Debt levels are low. The population is young.

And after two decades of liberalization the Colombian government is one of the most forward- and outward-looking in the region. “We don’t expropriate,” President Santos told a group of Spanish businessmen who arrived shortly after Argentina’s President Kirchner took control of oil company YPF. The Colombians have closed a free-trade deal with the U.S. and wealthy Venezuelans are now flooding into the country, bringing oil expertise. Growth is running at 6%. Inflation is low at 3.4%.

Colombians and international investors have good cause to be confident.

An ambitious, $100-billion infrastructure plan is in the works (and desperately needed) for the next decade. Roads, airports…even an $8-billion, Chinese-funded railway that will compete with the Panama Canal. The Chinese want to get Colombian coal out without having to incur hefty Panamanian tolls. A government program calls for 200,000 new houses. And there is a focus on initiatives to improve social mobility.

How exactly do you play this upward swing? By buying the type of apartment the new upper middle class wants to live in. The best opportunity is in Medellín. The notorious Medellín cartel is finished— history. (You can now take a guided “Pablo Escobar” tour.)

The Best Place to Buy Property in Medellin, Colombia

In the city’s upscale areas of El Poblado and along its Golden Mile, you can buy a well-built, 1,000-square-foot condo in an older building for as little as $100,000. This area of Medellín is the place to be and to invest.

There’s a real café culture here. Like what you’ll find in a leafy European city. But here you get to sip your coffee or dine outside year-round. Scorching summer heat or cool winters won’t cramp your style, seeing as the perfect weather (Medellín sits at 5,000 feet) only varies by one degree all year. You’ll find great restaurants, trendy bars, and fancy boutiques.

Minutes away from El Poblado, the Golden Mile is an area of banks, offices, boutiques, and outdoor eateries that buzzes with traffic and commerce. On the weekends the nightlife is around here and in the Zona Rosa in El Poblado.

Sizes are quoted in square meters. You can multiply by 10 for a quick-and-dirty calculation of what that converts to in square feet. Prices on a per-square-meter basis are generally higher here for smaller units. Interestingly, large penthouse units with outside space can be found at the lower range of prices per square meter. Views just don’t seem that important to locals.

You’ll find that short-term rentals aren’t permitted in the nicer, owner-occupied buildings. It’s illegal to rent your unit short-term (less than one month) if 70% of owners in the building haven’t agreed to this. But these are still the best buildings in which to buy. The best-maintained and the quietest. The type of building in which the new upper middle class will want to buy or rent. You could net a yield of 8% by renting to a visiting executive from abroad for a few months at a time. There’s a constant flow, as well as agents who specialize in this market.

Sign a year-long contract with a local and your yield will be a bit less. Multinationals like Hewlett-Packard are making Medellín their home. Domestic Medellín-based multinationals are strong in cement, financial services, and food products.

With Colombia staying the course to normalization and beyond, prices are set to rise strongly over the next five to 10 years. And each year while you wait you could bag an 8% yield. Confidence is everywhere.

When I visited Santa Marta and neighboring resort towns on the Caribbean coast, condo buildings were shooting up from beachfront plots. They were selling fast, and long before buildings were finished. This type of speed and development doesn’t leave much room for people like you and I to make a profit, and it often has a bubble effect, which means the profits drop, and even sometimes the area’s popularity declines and cites can actually become ghost towns.

Not on the cheap. A decent condo with a view could set you back $300,000. The buyers were Colombians living in Medellín and Bogotá. And Colombians living in the U.S. and Europe. Five years ago they would have bought a condo in Miami or Panama. Now they have the confidence and comfort to put themselves and their money in their home country.

Don’t expect Colombia’s progress to be without disturbance. But Colombia is on the up. The people are enjoying a peace dividend. They won’t hand that back easily. The fighters and revolutionaries are old and tired. If Colombia comes close to reaching its potential, it will live up to its label as “the next Brazil,” where real estate values rose by up to 20%…year after year.