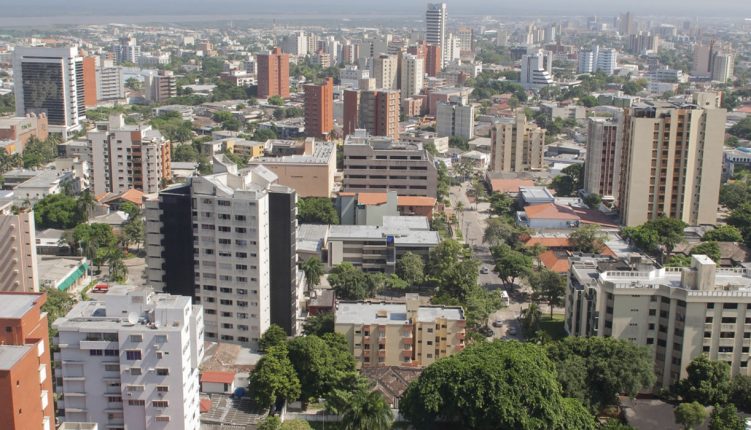 Remember when you were a kid and your Mom or Dad told you: “Money doesn’t grow on trees!” We do, and it’s exciting, as adults to discover that Mom and Dad were dead wrong.

Would you be interested if I told you there was a place in the world where, right now, you could take your money and watch it multiply like it was on steroids? Well, this is no fairy tale and we’re not doing anything illegal. Rather we’re just capitalizing on the red hot real estate market, here in Medellin, Colombia.

Here’s the Inside Scoop

Of course, a powerful dollar is welcome news for anyone who is planning an overseas trip. Some people who’ve been unable to afford international travel may finally be able take that dream vacation. For many who have been sitting on the fence about taking the plunge and getting their passport stamped, there has never been a better time than right now.

We pay close attention to the trends in the economy down here in Colombia. Specifically, as Americans we’re closely watching how the dollar keeps rising against the Peso. And we won’t lie, it’s thrilling to see the dollar skyrocketing upwards as the USD keeps gaining strength. As of the time of this writing, a dollar buys more than 2700 $COP.

This fantastically attractive exchange means your money back home, is supercharged when you use it down here in Medellin. Combined with getting more Pesos than ever, another attractive feature of spending Pesos is that Medellin is one of the least expensive countries to live in, in the world. Groceries cost less, travel and entertainment are rock-bottom prices and you can live it up, for less, right now.

This was also the case back in 2002, nearly 15 years ago. Back then Colombia wasn’t the same. Nor was it as attractive a place to buy real estate as it is now. Crime was still rampant, meaning deaths by murder were far higher than they are today. Now, in 2016, the country has stabilized. It’s safe for tourists, who are beginning to flock to the country.

So why’s the rate fallen so much? There are plenty of speculators but no real hard knowledge about what’s happening. Currency speculation is not an exacting science, but the reality is if you’re a buyer and you know the secret about Colombia, you’re in for good times.

So what’s the secret about Colombia, exactly?

Well, it comes down to rising incomes and renewed optimism. With the crime rate practically falling off the map, along with the rise of a burgeoning middle class, you can plainly see the uptrend in the real estate market, especially in Medellin. What’s most exciting about buying now, with the strong dollar, is that NOW is a great time to get in on the ground floor of what will soon be a stampede for prime real estate in this hot market.

Those of us who have bought condos here have seen values rise year after year. For example, the type of condo I bought back in 2008 would have cost $85,000 three-and-a-half years ago. Six months ago this condo could have sold for $176,500. And I’m not selling anytime soon. The way the market looks to be expanding, I’m more apt to buy new properties even as prices are still relatively low in comparison to developed countries pricing.

On top of all this, there are more jobs  here in Medellin, with employees happily looking at being able to expect, in many cases, up to a 50% pay raise when you come from other parts of the country. Quality condos in good locations are snapped up by young professionals. Investors buy to offer rentals to the newly economically and socially mobile. Retirees and families want a condo as a second home when they want to escape from the US or other first world home.

Foreign buyers and sellers are few and far between. That gives us a distinct advantage. This market has been, and continues to be, driven by the rise of Colombia’s middle class. Sliding into the few places where market conditions have collided in such highly profitable ways has us grinning from ear to ear.

That’s a pattern you can take to the bank: when you follow the new middle class, and buy quality real estate in areas where supply can’t sprawl…you’ll do well. That’s certainly the case in Medellin. When you look at the way the city is lodged in this wonderful valley, you’ll see the situation. With buildings springing upward everywhere you look, it’s certain that people are flooding this fertile valley.

WHAT are they saying on wall street?

On Wall Street, it’s an “open secret.” Speculators and investors all say the same: they call Colombia “the next Brazil,” and for good reason. Demographics, heavily tilted toward Medellin’s young population, are overwhelmingly in its favor. Take a look past the sheer number of people and workers, though: these Colombians are rich. For instance, they have gold, oil and hydroelectric power. On top of that, they grow coffee and produce in-demand woods from their plentiful and healthy forests as well as anywhere. Debt levels are low. After two decades of liberalizations their government is one of the most forward and outward looking in the region, as you’ll quickly see, when you arrive. Even if you haven’t been here, ask someone who has, and it’s fast apparent: this is a place where people are enjoying life and happy to be here.

The income of the average Colombian has doubled in less than a decade. That alone spells a bright future, but there’s more. Roads are congested, and tightly packed with cars, many of them new imports (though gas is expensive, and many expats opt not to drive because of the stellar public transportation system). On the ground, it’s easy to find Colombians who worked abroad are returning with money and skills. Expat hang-outs are packed with Canadian and European resource contractors, American digital nomads and long-term back packers.

Granted, some infrastructure is beyond strained. But the good news is that’s all scheduled to be fixed. Over the next decade, $100 billion has been slated for a badly needed infrastructure rebuild. Roads and airports will all see dramatic improvements, on top of that there’s even an $8 billion Chinese-funded railway that will compete with the Panama canal.

Colombia’s middle class is on the up. The rich are getting even richer.

It already happened in Brazil. That’s why many are currently buzzing about the profit opportunity in Colombia. Opportunity is rife. There is new and exciting options in every direction, seemingly all it takes to get started, is to arrive. Regularly, I meet people who tell me stories of coming to retire, or just travel, and instead ended up with work potential, business opportunities, or new customers.

The best opportunity we can see now is in Medellin, especially in two upper middle class neighborhoods. In other parts of the world, parts of Colombia still suffer a serious case of “old news” when it comes to stories about the cartels.

This reputation couldn’t less deserved, based on what I found in the Il Poblado and Golden Mile areas.

There’s a real chill culture here, much like you might find in a leafy European village. Unlike Europe, here you get to sip your coffee or dine outside year-round. It’s a real pleasure to leave your jacket in the suitcase, while you’re in this perfect jeans and Polo shirt weather, every day all day. Scorching summer heat or cool winters won’t cramp your style, since the perfect weather (Medellin sits at 5,000 feet) only varies by one degree all year.

You’ll find great restaurants, trendy bars and fancy boutiques. Minutes away from Il Pobaldo the Golden Mile (as it is known) of banks, offices, boutiques and outdoor eateries is buzzing and humming with traffic and commerce.

This area of Medellin is the place to be…and, to invest.

You can feel and see a growing, confident city. Multinationals like Hewlett-Packard are making Medellin their home. Domestic Medellin-based multinationals are strong in cement, financial services and food products. The digital companies that are flocking here has caused many to call Medellin a Silicon Valley of South America.

Real estate prices are among the lowest of any place on my beat, let alone leafy upper middle-class neighborhoods in a city with so much activity and potential. When you have a look for yourself, you’ll probably find these trendy areas reminiscent of a New York neighborhood or a village culture. Serene and friendly, buzzwords of this new era.

With prices as low as $100,000 for a 1,000-square-foot condo, the price reflects Medellin’s past. (Real estate here sells in Colombian pesos. So, you are also getting diversification from your dollar.) Not her present or future potential. You can net 8% from a rental here. And you are buying so cheap that as the middle class grows, values will likely increase.

Buy a condo or high-rise apartment here. Put your rent into an interest-earning local bank account and return in five years. You’ll be thrilled with what you find.