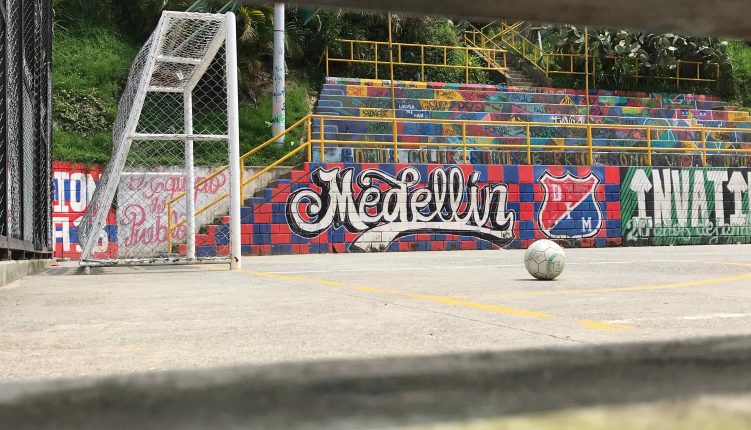 Medellín has come a long way from “the most dangerous city in the world,” but it still pays to travel smart.

“The most dangerous city in the world.”

That was the ominous title stamped on the Colombian city of Medellín in a Time Magazine article back in 1988. At the time, the city of more than two million was known as the home of Pablo Escobar’s infamous drug cartel and as a center of narcotic-related crime, gang wars, murder, and poverty. More than 3,000 people were murdered in Medellín in 1987, helping to push Colombia’s murder rate to the highest level in the world.

But a lot can change in three decades when fueled by resilience, innovation, and vision. Through a focus on safety and a series of high-impact urban, transportation, and cultural developments, Medellín has distanced itself from its dark past and evolved into one of Latin America’s safest cities.

In a blog post back in 2014, we discussed improved security in Medellín and shared tips for staying safe. Now, as we inch towards 2021 and near the end of one of the most uncertain years in global history, we want to revisit the topic of safety in Colombia’s second-biggest city.

Using a tactic known as urban acupuncture, city innovators built cable cars to help connect tens of thousands of residents from deprived neighborhoods to the modern metro and other parts of the city.

Medellín’s violent crime rate has risen slightly in the last few years however, the city’s homicide rate remains lower than in many American cities.

Though Medellín is no longer synonymous with violence and drug trafficking, like any major city, it is not crime-free. Sex tourism, pickpocketing, petty theft (especially cell phone snatching), and drug use remain real issues in Medellín.

However, with awareness and common sense, you are unlikely to experience any problems. Below, we share some essential tips for dramatically reducing your risk of encountering crime when visiting Medellín or any Latin American city:

The saying “no dar papaya” (don’t give papaya) essentially means don’t make yourself an obvious target. You’ll hear the phrase all over Colombia, and you may be advised “no des papaya”—be careful, don’t put yourself in the position of danger, and don’t set yourself up to be a target of an easy crime.

Here are some basic safety rules to keep in mind:

Keep an eye on your drink.

While uncommon, thieves have used the drug scopolamine, (also known as “Devil’s Breath”) to render a victim unable to exercise free will. The odorless, tasteless drug is easy to slip into food and drinks and is most common around bars and clubs.

In Medellin and any other major city, it’s inadvisable to go to bars or nightclubs alone, leave your food or drinks unattended, or accept anything from a stranger.

Like any large city, Medellín has neighborhoods that are safer than others. The city center (El Centro or La Candeleria) is a must-see and generally safe for tourists during the day, but it’s best to avoid it after dark. In addition, locals advise travelers to avoid the city’s western periphery and Barrio Trinidad (also known as Barrio Antioquia).

On the other hand, the areas of El Poblado, Laureles, Envigado, and Sabaneta are considered very safe. These neighborhoods are popular among foreigners and great spots to arrange accommodation when visiting Medellín.

There’s the risk of danger in every major city in the world, and most of these safety tips apply to not just Medellín but to all of Latin America. Medellín may have come a long way from the drug violence-ravaged city it once was, but just like anywhere, it’s always smart to keep an eye on your phone.