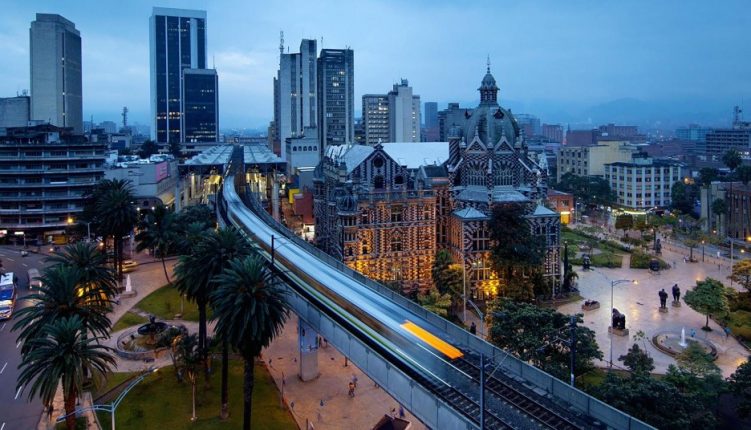 How a Whole City Overcame Spectacular Stereotypes to Recreate Itself Anew

Translated colloquially, it means “do you want to accept my bribe, or my bullets?” This single question eventually cost thousands their lives, in the process making his small South American country, Colombia, the murder capital of the world.

At the peak of Escobar’s cartel they were seeing profits of roughly $60 million dollars per day, while delivering an estimated 80% of the world’s cocaine supply.And what was the side-effect of all that wealth? Families feared for their lives.

Children could not play in the streets and a once-beautiful country was robbed of it’s innocence.

Colombians paid the price in blood, quickly becoming the murder capital of the world. As time went on, politicians and government officials fell in Escobar’s wake. The narco-state was reporting more violent deaths than ever in 1991, and 1992.

Then, as calls for Escobar to be brought to justice reached a crescendo in 1993, Pablo Escobar was added to the list of deceased, shot to death by police during a shootout.

Ever since then, Colombians–and specifically the inhabitants of Escobar’s hometown Medellin–are eager to put this sordid chapter of history behind them, by any means necessary. City planners and government officials have been working to help people forget about that villain who happened to come from Medellin, and replace his memory with a beautiful, and safe, city.
This hasn’t been easy.

One of the ways Medellin has found distance from it’s murderous drug-dealing past is by recovering vital parts of the city and communities through high-impact urban developments that targeted the city’s social and economic inequalities.

And how do you raise the poorest from their station? Well, in Medellin the answer is through innovative transportation systems.

Proof that this investment in change works has come from many directions, notably from The Wall Street Journal. In 2013, the Journal named Medellin “the most innovative city in the world.

Colombia’s mayor, Anibal Gaviria, said, “Medellin is not seeking to become the new Silicon Valley, but wants to be the epicenter of innovation in Latin America.” (More on this, further below.)

What an incredible shift in headlines and fortunes. How did this city transform itself this far in just the past 20 years? Certainly many point to the demise of the Medellin cartel after Escobar’s death, but there were many other factors at play also.

The Institute for Transportation and Development Policy (ITDP), a global consortium had this to say of the system: “The city [of Medellin] transformed violence and despair into hope and opportunity, using sustainable transport as one of the key levers to drive change,” said ITDP board member Holger Dalkmann.

Behind the ten year metro project, the city estimates the system’s clean and efficient cars move more than a half a million passengers daily. It also reduces pollution and saves space, eliminates traffic, accidents and congestion.

What’s more exciting than a few subway cars under ground? How about a subway system…in the sky?!

Medellin’s world-renowned metro cable system takes nine cable cars and sends passengers up and down mountains so steep many used to simply resolve not to go there. These are the same mountainsides which line the valley holding the lustrous green gem which is Medellin, Colombia.

Completed in 2010, this highway in the sky has revolutionized mobility and access for the residents who occupy the poorest sections of Medellin, the “favelas” (squatter communities, also known previously as the most violent areas) and eliminating the need for occupants to brave a dangerous and treacherous trip down the mountain which was previously done by foot, or unreliable bus.

Access to things like education, healthcare and other necessities was limited and in many cases, impossible. Today, for just about $.60 USD, residents can enjoy a scenic trip down the mountain (about 25 minutes) and get anywhere around the city with a transfer at the bottom.

And at the top, things are similarly improved: pre-Metro days saw residents suspicious of any outsider venturing into the neighborhoods which police were often reluctant to do. Now, with the cable cars, a steady stream of visitors means these parts of the city have been transformed to places you’d enjoy visiting.

Want to plan a visit?

In addition to these brilliant developments, the city has made other wonderful strides. For instance, they placed escalators in the Comuna 13, in San Javier, the poorest area of the city. A sense of belonging and social conscience has been created as a result, something which would have been unthinkable just a few years prior.

All these newly joined neighborhoods have stations which showcase the cities’ initiatives. At one station, Santo Domingo, there sits a cluster of new schools, along with bridges and parks, along with the Biblioteca Espana—a cultural center which holds galleries, auditoriums and libraries.

Other projects include a green belt around the city, more metro lines and an “innovation district,” which is already proving to be a boon for startups and technology firms. Here is where “Paisas,” the inhabitants of Medellin place their hopes for becoming the Silicon Valley of the South.

When you’re on the ground here in Medellin, you’ll notice that people do not push (like in other countries), they don’t run over you while they’re walking. In fact, one observer said she felt as if arriving in Medellin allowed her the space to breathe—something other countries’ cityscapes often fail at.

It’s not only transportation that’s completely changed: education, social programs and budgets have been leveraged to revitalize the lives of those once forgotten, most underprivileged residents. “The idea has been to bring institutions closer to citizens,” mayor Aníbal Gaviria told the forum.

And Sergio Fajardo, the mayor from 2004-07 credits the idea to “bring together a fragmented society and show respect for the most humble.”

So how far has Medellin come from it’s past?

According to Wikipedia, Colombia has very nearly fallen off the grid, for measuring murders per 100,000 residents. From a high of 381 per 100,000 … Medellin now has dropped to fewer than 50.

And while you can still take a walking tour of Medellin which includes various points of interest including Pablo Escobar’s old haunts, the influence he once enjoyed over his city is waning.

Further, it can be argued that today, Medellin has agreed to exchange both bullets and bribes for a safer community, one which enjoys the rich experience of traveling—in Colombia’s only metro system—from library and museums to schools, art galleries and civic spaces.

Even more impressive than visiting this great—and growing—city is realizing the distance Medellin has come since Time magazine labelled it “the world’s most dangerous city.” Mountainous challenges, changing people’s perception, delivering safety, security and opportunities for it’s people.

Today Medellin is lauded as a great inspiration, with leadership that’s bold and visionary, a model for the whole world today, and a fantastic place to visit and live.

Said mayor Anibal Gaviria Correa, “Medellin has served as an experience we can and want to share with the world.”

16 Not-to-Be-Missed Experiences in Colombia for 2020

A Foodie’s Guide to Restaurants in Porto

Why Every Digital Nomad Should Consider Porto

What to Do with 48 Hours in Porto, Portugal