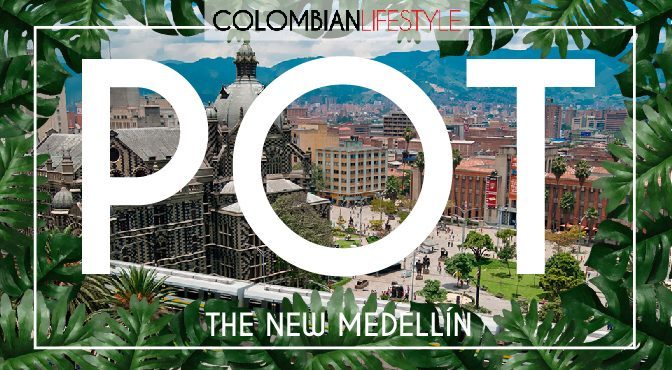 It’s charming, right? Unique vendors balance another in a natural space. It was not built in a day, or even a few years. It came about through a natural infusion of factors and human enterprises. Such a diverse urban ecology is resultant of  slow, organic growth.

Given their diverse and stable networks, such environments produces great investment opportunities. The slower the growth, the greater the stability. And in the days of international mega-developments, that means smart development and urban planning.

As of 2014, the Medellin city council approved the Territorial Organization Plan, or POT. POT is a  citywide manifesto detailing smart building practices, measures for interior urban renewal, and the means to preserve and promote environmental sustainability.

Ultimately, it strengthens the capacity of government to monitor and control development. The draft agreement guides construction in and around the city for the next 15 years.

Mayor Anibal Gaviria sanctioned the agreement that affects this ‘territorial model’, one which is set to transform the cities’ neighborhoods and their quality of life. Gaviria looks to stop expansion up the green slopes of the city and recover the mountains from development. It calls for the doubling of public space as well as more affordable housing.

So everyone in Medellin can enjoy a better city.

The first step is to regulate building permits and halt overdevelopment. This especially pertains to the commercial centers and high-rise apartment towers in the already booming areas of Poblado and Laureles.

As the ritzy tourist haven of Medellin, Poblado has endured a crush of development. Private interests have put forth serious efforts to cater to the influx of new money in the neighborhood. As a result, little attention has been given to architectural content and future impacts of building. No surprise: there’s been no real relation between the private and public space.

Upscale housing projects promote a high level of security and privacy, which then diminishes nearby public space and small business possibility. Instead, there are only corridors for vehicles and sidewalks. For a city doing a fine job of trying to reduce carbon emissions, smart developments and less cars on the road are important.

And despite the wants of private interests, many of the apartment buildings here are unfilled, as the desire for capital expansion along the hillsides have so far outpaced the current demand. Having undergone steroidal treatment for years, this area needs some time to adjust to its new stature.

So the POT effectively blocks further building in the saturated area of Poblano. No more building permits are being given. Nor will they be. The area is on hold until further notice (read: years and years). As well, any future buildings in excess of four stories will not be permitted.

Pumping the brakes in Poblado promotes growth in other areas of the city, places that could use the attention. By curbing the spread up the mountains, the density and quality of the existing city can be greatly improved. The new territorial model is part improvement project, part shot-in-the-arm.

A large component of this is economic developments at a reasonable, planned rate. The idea is to bring Medellin forward as a beacon of smart urban planning and a model city of sustainable infrastructure. This way, healthy growth and economic viability are a constant presence.

Jorge Perez, director of the Administrative Department of Planning, wants to the see the recovery of public spaces at the city center. Healthy, lasting city economies have a truly stable core with sufficient infrastructure for citizens. These central areas also happen to be cultural mainstays of heritage. What Europe has done with its centralized ‘plaza appeal’ and tourism, Medellin seeks to replicate for growth and wellbeing of its citizenry.

This allows for increased levels of employment, invites outside investment and supports innovation. Studies show that economically diverse environments are the most appealing to investors  and sustain long-term growth best.

“We have made an effort to build a plan that meets the needs of the city and that is attractive to the private sector,” he added. POT lays out many restrictions on land use, in the present so that future areas are more attractive for investment, while balancing the territorial equity of the city.

Medellin has banned the construction of housing in many flat and stable areas, those areas that already have good infrastructure, utility, and mobility.

“The model approves projects, but to the extent that the city requires them, ” say Perez. Building smart and responsible does not mean giving private investment everything it wants, “[it]… discourages the [private] sector within Medellin not meet demand because the territorial model does not allow it, “he said.

This means inward growth, and improving upon existing neighborhoods and other municipalities. Urban renewal is a big part of the picture. While businesses are considered, so are residents and the necessary balance of affordable housing. So far, this approach has been working. In the Rionegro neighborhood, 500 homes were sold five years ago. However, last year saw 2,500 sales negotiated on houses.

The next 12 years welcome a projected 426,000 new homes around the Medellin city valley. The proposed urban renewal project at Parks River will create 22 million square meters of buildings and an additional 350,000 homes.

With a balanced and thriving interior, the plan also lays out more public space, green areas, and a sustainable public transport system. While Medellin already enjoys good public transportation, every development opportunity is filtered through the understanding that employees and citizens will be coming and going between living and working.

In the forefront of sustainable measure is giving priority to pedestrians, cyclist and public transport users. Therefore it proposes 400 kilometers of bike paths, 500 crosswalks and improve public transport.

From an environmental perspective, intervention around the rivers is crucial. These aquatic corridors crisscross many neighborhoods and are a consistnetly appealing economic asset. As with an oasis, the rivers are central areas that naturally promote a healthy social and economic interior.

So the POT place the Medellin River as an environmental axis of the city, preserving the alternate streams of The Iguana and Santa Elena rivers for achieving environmental sustainability. LIkewise, the plan secures the rural area around Medellin from developmental encroachment.

Called the “Metropolitan Green Belt,” this will be a ring of undeveloped natural space designed to limit territorial growth and prevent the settlement of natural zones. Mayor Gaviria says,

“The green belt will not only protect the high mountain environment around the city where there is extensive natural richness, harmonizing the point of contact between nature and the city.”

Sometimes, to go slow is go fast. When it comes to designing a functional, sustainable, and growing civic entity, planning and regulation can go a long way. To preserve the quality of future investments and longevity of returns, healthy economic growth and development are a must. Medellin has taken a strong position to ensure future growth and success in its city. By bringing its focus to strengthening its core areas and preserving its best features, the city has truly mapped out a sustainable platform for growth from the inside out.