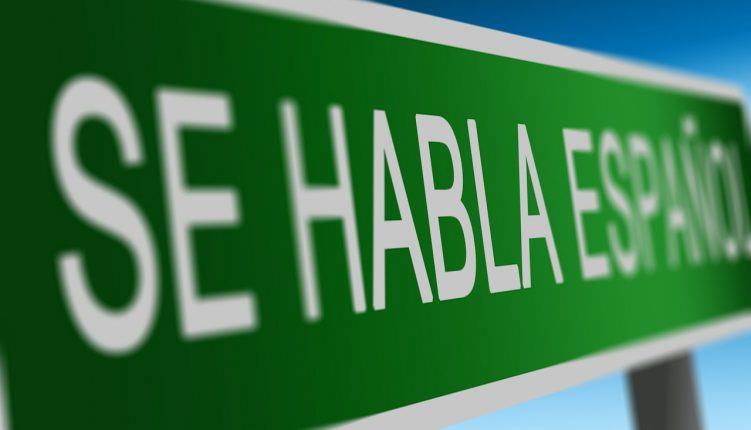 Without knowing how long you plan to visit this wonderful city, or what you plan to do while you’re here, there is one thing we absolutely MUST strongly recommend you do, while here: study the language.

Technically you don’t need to listen to this advice at all. You CAN get by, with zero Spanish, here in Colombia. But doing so would be to deprive you of a part of the experience that simply should not be missed. To truly enjoy the experience of living in this or any Latin country, make no mistake, Spanish is a necessity.

If you’re still reading, I would like to introduce you to this idea of language learning. So-called professionals will tell you there are three ways to learn. Visual learners learn by seeing the subject. They use visual cues to help them learn. Others are auditory learners, meaning they learn best by hearing the subject. Still, others learn best with hands-on, or kinesthetic learning.

I am a visual learner. For me, I need to see the word on a page. It’s the only way I can acquire it with the other abilities; hearing and listening.

It was complex for me to learn Spanish, since I had to learn kinesthetically, visually and aurally and then, to make matters worse, I had to make my mouth say what the rest of my brain was learning. This was not easy! I have heard there are people who can pick up a language in no time. I am not one of those people. I don’t like those people!

Everything I’ve ever done in life worth doing took lots of sweat. The language was no exception.

In this article, I’ll relate how I learned a bit of Spanish. I don’t mind admitting that the old dog new tricks quote came into my mind more times than I prefer admitting. However, through dogged determination and a will to understand people, with time, this project took on exciting dimensions I never might have seen, were my will weaker. So perseverance is the first point!

When I came to Colombia, I could say maybe thirty or forty words. My accent was atrocious, but I wasn’t quite at square one. And neither are you. Everyone who speaks English knows at least a few Spanish words.

Attending a language school was my first effort, and I followed it up with what I call “guaranteed failure tactics:

I continued to watch television and read in English

I only hung out with other English-speaking gringos.

Then, I wondered why I didn’t get better. Fortunately, I experienced a turning point when I began doing these things—television, newspapers and small talk in corner stores, or on the bus—with Colombians.

What happened was that I began making mistakes, but instead of being traumatized, I was OK with it. Remembering I’m a visual learner, I had to start writing a few pages of words too. This helped immensely.

Over time (a lot, in my case) I have moved from those first thirty words to being able to get along out here. It’s been incredibly valuable, and I wouldn’t change this knowledge for anything in the world. What follows are a few tips, from my (very) hard-earned wisdom:

Erase, completely any sense of PRIDE

If I were to guarantee just one thing, it would be that you will make errors worth laughing at. You will fail and people in the room will roll on the floor. If you’re too proud to endure this, rush home immediately, you have no business learning a new language.

Accept discomfort as the “New Norm”

I can’t tell you how much pain this has been. And it’s uphill most of the way. But, and this is the crucial “BUT,” you will hit a time where you achieve something like a success. Small though it may be, your work up to that point will have been very uncomfortable and unenjoyable. But that success will drive you to the next one, minus the new norm of pain until then. Get used to this pattern and you’re on your way.

The Real Key: Get started before you arrive

Finding out your trip isn’t or a month or longer? Great news… get started on that vocabulary right away.You can achieve so much more if you’ve been putting in a few minutes each day, just in word review, when you arrive. That time spent will skyrocket your results, and you’ll be saying things you didn’t know you were capable of.

Is Immersion Right for You?

The absolute fastest and best way to learn Spanish is by immersion. By this, I mean placing yourself in a position where you are unable to use your native tongue. This is absolutely the best method, with the steepest learning curve you’re likely to ever see.

If you can eat, drink, sleep and operate in a home where you have none of your own language operating, you’ll be amazed, truly, at how quick you MUST grab hold of this new way of speaking!

If you just want to learn your Spanish quickly and you aren’t afraid of a bit of initial discomfort, this is the way to do it.

As mentioned above, attending classes was a bad fit for me, personally. That said, in Medellin, there are an abundance of classes which offer great value for not a lot of cost.

What follows are a few time-honored tips from others who’ve come before me, on how to quickly learn and speak Spanish:

Start before you arrive. This one’s obvious, and mentioned above. There’s no time like the present, and as soon as you finish this article is as fine a time as I’ve known.

Take more time picking a program that excites you. Choosing something just based on need will bore and frustrate you. And if possible, attach some sort of victory to each segment, or milestone. A popular option is to plan things you’ll do when you become fluent or at least are able to bump along in the language, like a date with someone you like, or a meeting with a person you admire.

Forget about speaking with the right accent. Just speaking at all is a huge courage win. The people listening will encourage you and get you pointed in the right direction.

If you have a large vocabulary in your native tongue, it’s going to be harder to learn a new language. Your style of speech probably won’t lend itself to direct translation as you may have 2-3 ways to say something. So, if you are “well-spoken,” cut yourself slack as it will take you longer to be well-spoken in another language.

After you learn Spanish, it will be with all the accents and idiosyncrasies of those who taught you. Couple THAT with any accent you bring from “home” and don’t be shocked if you’re still misunderstood.

Be sure to quickly and early learn the Spanish alphabet. It will assist you in learning how letters in Spanish are pronounced.

If for some reason you don’t want to use a course like Rosetta Stone that has an electronic analysis of your pronunciation, then find one that does.

An accent is nothing more than a mispronunciation of the word in another language.

Splurge on the best English-Spanish Dictionary you can find. Seriously. This is and always has been one of the greatest $7 or $9 dollars I can spend. Nothing sucks more than not being able to find a word because you got the cheap version of a language book. Go all out, all in, and you’ll be pleasantly surprised to learn that spending the extra money may even make you work, just a tiny bit harder to see the investment pay off.

Visit the library — Medellin’s are great — and pick up children’s books to read. This is a great way to carve out some early wins. Plus, the libraries here are great. You can use these visits to get a greater sense of the culture of this land, and I find cultural activities increase our awareness of a people, their language and your sensibility of the country you’re traveling in.

Forget about tenses, for now. People will understand you, and you’ll progress a little faster than if you engage in the back-breaking work of putting the right tense on everything you write.

Keeping those things in mind, I cannot describe the jubilation you’ll feel when you reach the point where you can talk in Spanish. It is such an empowering experience, and I hope you do something to move you toward that honorable goal, today!