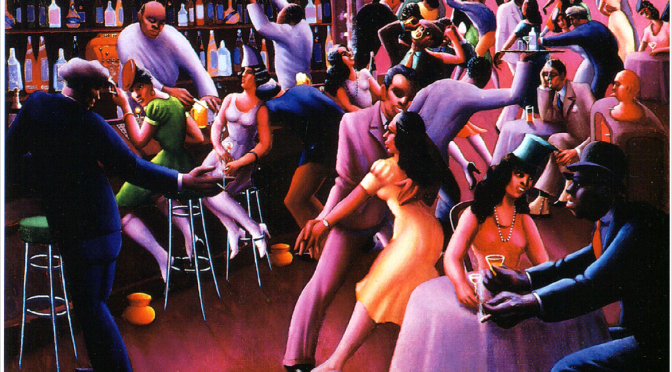 If you’re not in Cali looking for a beautiful Caleña it must be because you’re either gay or married. If you’re married, be careful. Temptations are many in this city. If you’re gay, here’s my guide to the gay nightlife in Cali. To be honest, I know nothing about the gay scene in Cali, so I had to ask a local gay friend of mine for help with this one. Here you go – may it serve you well:

Colombia is an advanced country judging by the legislation on LGBT (Lesbian, Gay, Bisexual and Transgender) rights. Same-sex couples can marry and have the same rights as heterosexual couples. The reality of being gay in Colombia is quite different though. Colombian culture remains very conservative, especially from a religious point of view. The mindset of the public is beginning to change, but it’s a slow process. If you like to hold hands and kiss in public, it is advisable to go out in groups, and even still, one must be prepared to receive unpleasant looks and hear condescending comments. Stories of violence against gays and especially transvestite prostitutes are very common. Be especially careful around Calle 8 in Cali’s Centro.

In Cali the gay nightlife revolves around Friday and Saturday nights. If you’re looking to go out during the weekdays, your best option will be to dine at La Casa del Arte. It’s a nice restaurant, artistically decorated, exhibiting objects representative of the local art scene. It feels kind of like being inside an antique shop. They have intimate lightning and privately setup tables.

Another option, if you are looking for a date during the week is the smartphone app Grindr. To be fair, it’s a meat market. And it can be hard to get a date here unless you’re showing off your “assets”. As a foreigner, however, a smile should be enough to land you a date.

All Caleños like to dance. The gays here are no exception. If you’re looking for a salsa party there are several gay nightclubs around Avenida 6N like Maraka, Contravía and Celeste. They don’t have the most cozy atmospheres and are frequented by the less “sophisticated” part of the gay population.

Other good, gay-friendly places to dance include Mikasa Bar – a place with great DJs (always ‘groovy’ and dance music), nice people, good cocktails and an outdoors dance floor in the patio, where most of the crowd hang out.
La Galeria, in an old, run-down building in the city centre, has been pioneering the rooftop party in Cali. The atmosphere is similar to Mikasa Bar, but a bit more relaxed and bohemian. The owner is an artist, specializing in sexual painting, which dominate the decor. The smell of marijuana may annoy some.

If you prefer a less tropical and more electronic party, the gay clubs in Cali are the best the city has to offer. Two of the best places are Betty Blu and Queens. The big difference between the two places is that Queens has two independent ambients – one is pop, electronic and reggaeton (just like Betty Blue) and the other is strictly electronic.

When the clock hits 3 A.M. in Cali all bars and clubs close. If you still have the energy, I recommend that you follow someone to a private after-party, which are usually plentiful. Be very careful who you go with, and try not to go alone. If there are no private parties to be found, then go to Menga – an industrial area in the northern outskirts of Cali – where the late-night clubbing continues until 6 A.M.. Queens in Cali has a sister club in Menga called Queens Pachanguero. If you’ve paid the cover in Cali your entrance will be free in Menga.

For a more complete list of gay-friendly clubs, bars, restaurants, sauna clubs and motels in Cali and the rest of Colombia, check out Guia Gay Colombia and Colombia LGBT.