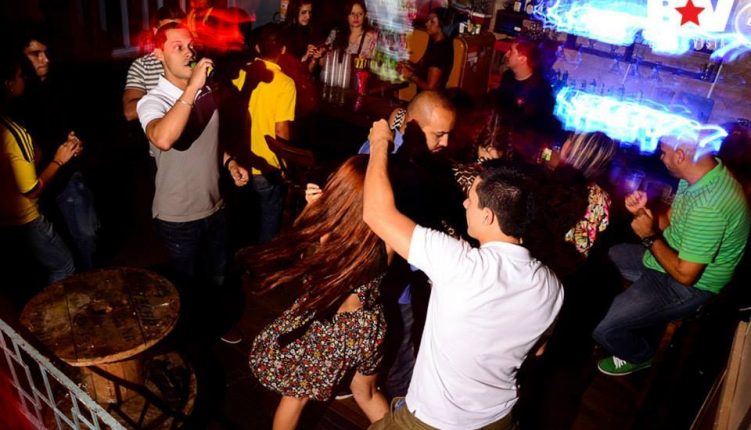 Widely regarded for its vibrant salsa culture, Colombia contains a much wider array of genres and is any music lover’s dream. In fact, if there is one thing you will notice when you first visit Colombia, it is an almost 24/7 love for music that is expressed through constant playing of these popular genres and current hit songs in everyday environments, from the bumpy bus ride, to taxis, to virtually every corner tienda.

Boasting a wide array of options, you can get a taste of Colombia’s diverse culture by simply listening to all their different categories of music. With different histories, audiences and instruments to all of them, they all have one thing in common, they sound great and will provide you a new window into appreciating life in Colombia whether you are a new expat or just traveling through.

As a country widely known for its love of salsa, it without a doubt had to be first on the list. Salsa tends to be a niche dancing style in western countries or Europe. In Colombia it is regarded as a standard musical and dance style that many locals participate in. Almost everywhere you walk, day and night, there will be salsa music playing.

As an expatriate, it may be intimidating at first as you may have some expectations about what your level of salsa should be at. Rest assured that most Colombians are not quite as good as you may think.

Most Colombians learn through lifetime observation rather than actual technique learned through formal lessons. Cali is the capital of salsa dancing in Colombia, but you will find it in plenty of other parts, including Medellin. Either city makes for a great place to take lessons, if you’re up for it.

Like Salsa, Reggaeton does not originate in Colombia though has taken on a massive cultural appeal amongst many people. Despite the popularity, Reggaeton tends to have divided opinions… You either love it or you hate it.

Reggaeton is essentially an urban, hip hop genre of music, which is often on heavy rotation in clubs and crossover bars.

You will rarely find it being played everywhere around the country, unlike other styles due to it not having a fond audience among all the Colombians, but it is especially popular in Medellin, particularly those from poorer neighborhoods.

The reason being is that it is quite simplistic in its nature and is commonly regarded as not a very deep form of music. Therefore, it applies to a niche crowd of Colombians who are attracted towards catchy beats to groove towards.

Originating from Colombia with African roots, Cumbia is a one of Colombia’s most well-known music genres. With heavy use of percussion instruments, its Caribbean and African origins are immediately noticed in most songs within the genre.

For a foreigner, this is often among the most well-loved genres of music heard in Colombia. The reason being is that its melody has a very simple yet catchy foundation to its tune, making it an extremely enjoyable but easy beat to groove to. It won’t be hard to find places that feature the genre during the night.

Vallenato is another big genre throughout Colombia, and this folk music primarily emerges from the Caribbean coast. Indeed, the name Vallenato means “born in the valley” meaning the valley between the Sierra Nevada de Santa Marta and Serrania de Perijia. The name is also strongly linked to the city of Valledupar which hosts a famous Vallenato festival every year.

Vallenato is often most easily characterized by the use of accordians (originating in Europe), the drum (from Africa), and the guacharaca or reeder (a native Colombian instrument), which represents the mix of three prominent cultures in Colombia. It is also a direct descendent of Cumbia music, mentioned above.

Widely regarded for its popularity, Bachata is a highly romantic genre of music in Colombia and often depicts tales of love. At its simplest level, it is an easier style of dance compared to Salsa or more elaborate forms and you can adopt its fundamental rules through observation and mirroring your partner.

Although Bachata is not played as much as other genres, it does play between every few songs of the more popular genres. This is partly because its history of being a song for the poorer groups of the country in the past, therefore being a song that is “below” the public in taste. Of course, this stigma is not mainstream anymore, and Bachata may very well become a more popular genre of Colombian music in the future.

Perhaps one of the least recognized musical genres among mainstream Colombia is Porro. With a very old history, Porro is often confused with Cumbia due to its use of percussions as they both have African descents.

The Porro melody is very party oriented and will bring everyone to the dance floor with its energetic and light-hearted spirit. If it is your type of music, then visit areas situated around the Caribbean coast rather than the main cities, here you will find it’s a well-loved genre.

But be aware, it’s definitely not an easy genre to dance to.

Originally from the Dominican Republic, Merengue has been adopted and widely embraced by the Colombian culture. Although it isn’t a big musical mainstream genre, it’s definitely popular among those who love to dance due to its simplistic nature.

In fact, many of the locals recommend it before any other musical genre if dancing is on your priority list, since it can be easily adopted, even if you’ve got two left feet and you thought Merengue was some type of dessert. Either way it is extremely lighthearted, which makes it a great experience.

Another Colombian genre that is heavily influenced by its African roots is Champeta. What differentiates this form of music from its other counterpart genres is its focus on snare drums and guitar rather than just percussions. Like Porro, the Champeta will be heard a lot around the Caribbean coast rather than big cities like Medellin and Bogota.

The significance in Champeta is that it’s practically identical to its origins and has barely evolved through the years. The vocals and sounds are very raw and portray perhaps the strongest African “feel” to it more than any other genre.

The above musical genres in Colombia keep the attention of the locals more than any others and should give you a good overview of what to expect. In saying this, it would be wise to keep your eye out for these genres of Colombian music if you want to fully experience the culture of Colombia as a traveler or expat.

Ideally you want to be travel widely around the country to fully explore the many different regional tastes and styles. Colombia is not a homogenous country by any means, indeed if you travel to places like Bogota, you will hear the prevalence of rock ‘n roll, whether the big English language rock you know, or other rockers from Latin America or Spain.

Most importantly, do you own searching aside from this. Although these are some of the main genres, there are many others that appeal to niche crowds, which may be more to your taste.