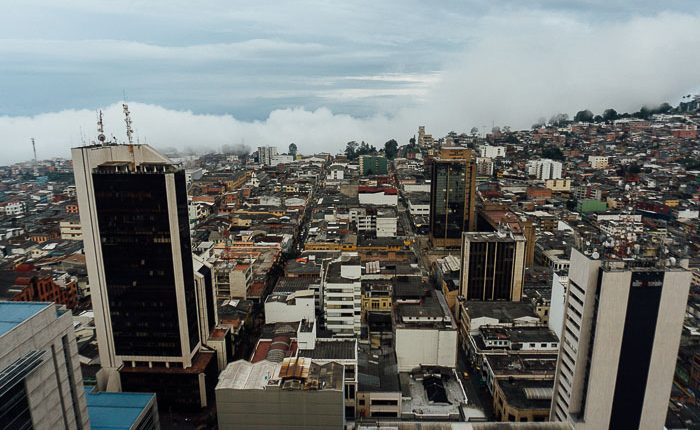 There’s much to love about living in Colombia, but that’s not to say there aren’t a fair share of difficulties, misunderstandings, or other obstacles to overcome along the way. A few things baffled me as I uncovered them, some of them still continue to confuse either me or the Colombians I am talking to.

In this article we will be discussing a few of these common tripping points when interacting with locals.

Yep, just like the Beatles once sang, here in Colombia there are actually eight days in a week, rather than seven. So if your friend tells you that they will see you in “ocho dias” that means exactly one week from today.

Colombian count today in their week, so it will add one day to any weekly number. So two weeks would be 15 days in Colombia. You’ve got it.

If you tell your dentist that you need an appointment 7 days from now, you might be talking about different days.

This isn’t a cultural tripping point, but is a common language tripping point and not just for foreigners speaking Spanish. When you are discussing appointment times at either two or twelve o’clock, be sure to double check with the person you are talking to.

Two is dos and twelve is doce, but they can sound very similar, especially when they are in the middle of a sentence.

Again, this is something that Spanish speakers also face and are cognizant to clarify at the moment.

Nothing worse than showing up for that dentist appointment either two hours too early or too late.

How Many Continents Are There?

I’ll never forget the mutual surprise between my girlfriend and I when somehow the subject of continents came up.

Me: “Wait, you guys only have five continents?”

My girlfriend: “How are there seven continents?”

Turns out depending on where you grow up in the world, changes how many continents there are in the world. Different parts of the world teach different models.

In Colombia, they’ve just got: The Americas (lumped together), Europe, Asia, Africa, and Australia.

I can wrap my head around certain arguments for more or less continents, but the Colombian model (common through most of Latin America) just doesn’t make much sense to me.

So these two massive land masses of North and South America are one continent since they are connected by a small and nearly impassable strip of land in Panama?

But Europe and Asia are two separate continents despite the massive, wide swath of land the connects the two together? With only a modest, low lying mountain range between them?

And Antarctica doesn’t even exist?

Speaking of the continents, some Colombians interpret the fact that Americans call themselves Americans to be a slight to the rest of the people that live in The Americas, or at least something egotistical.

They will say aren’t we all Americans, because we are all live in The Americas? They will refer to people from the United States as Estadounidenses, which would roughly translate as United Statesians.

But obviously such a word doesn’t exist in English. This is also only applied to people from the United States, never mind the fact that Mexico is officially the United States of Mexico, so they should also be estadounidenses, but they are simply referred to as Mexicans by Colombians. By that same naming scheming, Colombians would simply be known as Republicanos.

How the USA decided on its name is beyond me, but I suppose they have just as much right to name it after Amerigo Vespucci as Colombia has to naming itself after Christopher Columbus.

Wouldn’t Americans just as rightly be Colombians since he “discovered” the continent where we all live?

This is a common tripping point that pops up among Colombians who feel slighted or insulted when someone writes Columbia, not Colombia.

It’s even resulted in a clever marketing campaign selling shirts and coffee mugs with the slogan across the front.

While there is absolutely some truth to the idea that citizens of the world should know how to properly spell the name of your amazing country, please don’t take it as a total insult because Columbia with a U is simply how it is spelled in English for everything else.

It isn’t pronounced differently, they are all pronounced like Colombia, except without the Spanish accent.

These are just a few of the common tripping points I’ve encountered during my time in Colombia. They are ultimately harmless and unimportant differences, but they are still interesting, perplexing, or at times confounding.

What other cultural oddities, miscommunication, or misunderstandings have you seen crop up between foreign visitors and Colombians?