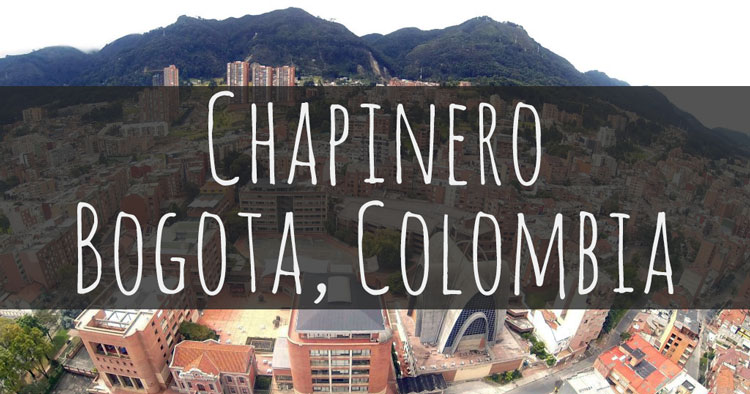 The response to my piece Bogotá is the #1 tourist destination in Colombia ranged from regional patriotism to flat out denial and disbelief. Despite the city’s 465 tourist attractions, the city has had a major marketing problem.

If you stay in Bogotá near the Parque 93, and take an Uber to a Gold Museum on a grey day, chances are you will scoff at comparisons to Berlin or London. Bogotá requires commitment, pavement pounding, local interaction and local advice to truly experience the best things to do in Bogotá.

Guide books can barely do the city justice. Here’s the thing, I don’t envy the guys at in the IDT Bogotá marketing department, because the most interesting parts of Bogotá are everything that happens in between the tourist attractions, and that is difficult to describe.

They have made a couple attempts at capturing the essence of Bogotá, including the 2013 Infinite Possibilities music video, that feels like a bohemian, Macklemore music video and Surpass Your Expectations video in 2015 that is actually pretty good, but comes across a bit too clean shaven.

It turns out the best place to stay to experience Bogotá properly, is also in between all of the tourist attractions, Chapinero. In particular Chapinero Central & Chapinero Alto. Here’s why you should reconsider staying in La Candelaria.

About 95% of the best things to do in Bogotá are located in this triangle of stars. Don’t sit in traffic or limit yourself to experiencing Bogotá from just one of these zones. You are going to need to travel across major sections of the megacity to see the most interesting areas. Centrality is king.

Regardless if you get around by cheap taxis, the Transmilenio or Uber, Chapinero will position you the best place geographically and logistically in Bogotá. Why stay in a hotel when you can get your own furnished apartment in Bogotá and live like a local for 30% less than a hotel.

Just one example (plenty more in our locals guide to Bogotá), Matik-Matik is a culturally independent events space in a refurbished garage that has held 650 alternative music events & performances.

Sure, if your budget is high-end and your style is traditionally refined, position yourself on Parque 93, or Parque Virrey, but as in many Latin American cities, their first attempt of luxury in a globalized world, usually feels a bit too… foreign.

The park-side locales of Parque 93 are now occupied by some local chains and Carls Jr, Starbucks, McDonalds, Renault Cafe and a shopping mall. In my opinion, it is one of the most over-rated areas to stay in Bogotá. Chapinero has been a quiet breeding zone for edgier, local entrepreneurs setting up shop in unique, unconventional spaces.

A restaurant with 3 chefs, and one table, modern Colombian fusion cuisine, one the last big tejo clubs, the best live music clubs, and full of places that exemplify the famous Bogotá nightlife. As Colombia goes mainstream, and the current foreigner hotspots go tourist-centric & cookie-cutter, Chapinero may be the best place to experience authentic modern Colombian culture.

Why not eat fried chicken everyday? Why not have friends that think exactly the way you do? Why not marry your sister? Because humans need diversity. We learn and grow stronger from it. It’s the sole reason why North Korea shuts down communication to the outside world. Foreign ideas evolve our thinking.

Chapinero is known as the Locality of Positive Diversity. It is not just the LGBT community that chooses to stay in Chapinero, it is a colorful selection of Colombians from all over the country, filled with characters and stories to spice up any visit to the corner bakery.

And its not just the people, the architecture is a mix of styles built by the well educated Cachacos who traveled to Europe and the rest of the world, bringing back blueprints for magnificent country houses to be situated in estates between the old Centro and the village of Usaquen. Today the area is being redefined once again.

The restaurants are experimental, the people are alive, the streets are unpredictable, and 45% of the official locality of Chapinero is this:

This article originally appeared on The Bogota Apartment blog.