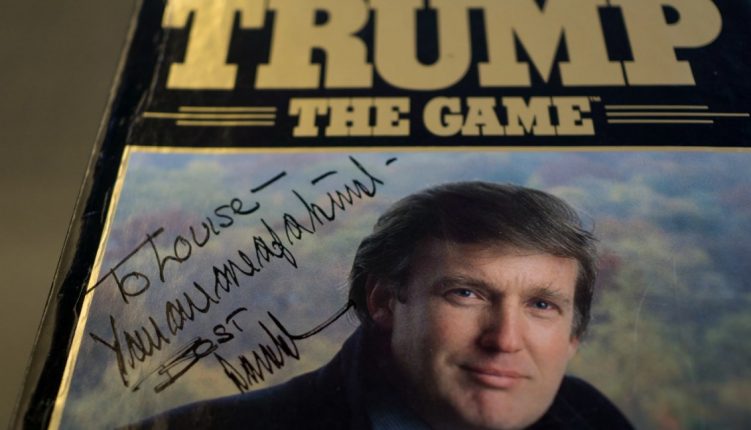 How to Play Big with International Real Estate

If you watch the news, you probably have heard about the “Donald” and his run for the presidency in the U.S. We won’t be sharing any political views in this blog today, but we do have a few notable comments to make, on the eve of what could be a very interesting political season up there, in North America.

And since you’re going to ask, No, we didn’t make this up. What you’re about to read isn’t the type of thing we even could imagine, if we were that sort of company. On the contrary, we just do, down here in Medellin, what we’ve been doing since 2006, namely buying quality real estate and servicing ex-pats in need of great housing here in the city we call home.

Now, as you’ve consistently seen from us, we love to talk about how great an investment buying apartments here can be for you. And you might be weary of hearing us trumpet the excellent value of Medellin, Colombia as a real estate investment heaven, but what if that praise came in the form of, not words, but actions? And what if those actions came, from none other than perhaps the most widely known real estate mogul in the world today?

Yes, it’s true. The man with the hair and the “straight talk” campaign about how he’s going to change the country has shown us with his actions how great a deal is to be had, down here investing in real estate in Medellin, Colombia.

It came as no surprise to us when controversial republican presidential candidate Donald Trump revealed that he too is investing down here in Medellin. According to reports, the Don just signed a multi-million deal to purchase a hotel in Medellin. Right now, details are few. For reasons which will become obvious, he’s keeping the numbers and location of his purchase under wraps. Despite all the secrecy, we have been able to scour the news and other various sites, to find out a few bits of information.

From what we’ve been able to piece together, the famous “Donald” of television show “The Apprentice” fame, has worked hard to build a partnership with US real estate firm Proto Group. Reports seem to agree that Mr. Donald signed what is a reported $90 million deal with the purchase of a hotel in Medellin, Colombia. Of course, this is the second largest city and the capital of the Antioquia province. Trends in Colombia’s development have been long telling us this particular city is perhaps best suited for investment right now. Colombians with money are flocking here, to buy land and homes to get away from Bogota, and to relax. We think the Donald has seen these reports, or even traveled himself to this great vacation city, and seen for himself the laid-back nature of this leafy city.

As we’ve come to expect from the developer and presidential candidate, his one move may not be his only move. Trump, some reports reveal, also may be looking to expand beyond hotels, here in Medellin. One potential area, according to reports, the Trump and Proto Group plan of Colombian investment are planning yet another partnership as they are reported to be attempting to purchase the Medellin-based Atletico Nacional, one of Colombia’s most successful teams.

In a statement released, the Proto group said that “soccer is a very interesting deal. For this reason we are also considering buying a soccer team from the city.” Ok, so that doesn’t say which one, but insiders all point to Atletico Nacional. However, since that news, it looks doubtful this deal will proceed for the presidential hopeful.

Don’t forget, this is the same Trump who just gained widespread press attention (don’t confuse this with “criticism”) after making derogatory comments over Mexicans and Latino immigrants in a presidential candidacy speech in late June.

Predictably, Trump’s comments evoked outrage in the southern hemisphere, with many Colombian’s joining to protest against the mogul. He was chastised by Colombia’s Former Miss Universe, reggaeton singer J Balvin and Shakira, among many others.

Bogota, the country’s capital city responded with more outrage, by withdrawing its bid to host next year’s Miss Universe, the beauty pageant owned by Trump. On top of this, Donald lost several lucrative deals with Macy’s, NBC and Univision.

All this to say, isn’t Trump the last American billionaire you would expect to be buying hotels and soccer teams in South America? Donald Trump would disagree, of course. We recognize a good deal when we see it, regardless of where it might be.

In fact, the same could be said of his strategy in the U.S. with politics. He seems to be quite ready and able to upset a significant portion of the people here, with arguably wonderful results. (Trump still, as of this writing, leads polls in the U.S.)

This presidential candidate seems to be locked in on a good thing, now reportedly just having submit a potential $100 million bid for Colombian side Atletico Nacional.

The match is as high-profile as it is unlikely.

Proto claims he was the inspiration behind the titular character in “50 Shades of Grey,” and heads a self-titled group that just bought a Medellin hotel for $88 million. Like Trump, when he looks south of the border, he also sees opportunity. Does he see what could be a boon for you?

All this activity has one sure-fire outcome: a greater interest for Medellin, a harder look at what’s available in this city, by investors, by vacationers and travelers and opportunists. Make no mistake about it, if Donald Trump is putting his money here, it’s a great time for you and I to do the same.

A Trump spokesman spoke to El Pais and confirmed the group’s intent to buy the club, saying: “Because in the assessments we have been doing for several teams, we thought Nacional was the best. … We are awaiting a response from the owners of Nacional and based on that, we will see what to do, how to proceed.”

Trump and Alessandro Proto broke off talks with Nacional, but will be looking at other clubs in Colombia. As it was reported to us, the negotiations seemed a bit frosty, but that can be, of course, just par for the course when you’re dealing with hard-nosed deal makers. We happen to think being on the other side of the table with Trump might just have intimidated these guys a tiny bit. Here’s what happened when the “Donald” made an offer the could apparently refuse:

Their $100 million bid was rejected with a counterproposal of $150 million.

“National wants $150 million to sell the club. For us, the proposal is unacceptable. Maybe they think we’re stupid,’’ Trump said in a characteristically blunt statement. “We had offered $100 million and that it was an important offer. We are not willing to offer more and continue negotiations. For us it is permanently closed. Now we will evaluate other clubs in Colombia, but not only.’’

Proto said: “We are not willing to go through stupid [bids]. It’s a shame because we had a very important development plan for National. We will evaluate other clubs.’’

Maybe too much bluster, on National’s part? Who knows, time will tell, and if I had to vote, my ballot would say there’s more to this story than we’ve seen, thus far. As for us, Trump’s presence only helps us sleep that much better at night. He gives us more ammunition to keep on, confidently striding into more deals, but… not being so staunch on positioning.  We are here to close deals, and make sound investments that pay off, for years to come.

Back in America, at the time this article goes to print, Trump continues to leads the polls in the Republican Party race to succeed President Obama. After his comments about Mexicans — and Latin Americans in general — he had a Twitter war with Miss Colombia Paulina Vega, the reigning winner of his Miss Universe pageant. She called his comments “hurtful,” and he shot back that they were “the truth” and called her a “hypocrite” for keeping the crown.

Trump seems to know no limits to using press, good and bad, to his end: the presidential crown.

In the meantime, Nacional has won a Copa Libertadores crown and 14 Colombian titles, the last coming under ex-Red Bulls coach Juan Carlos Osorio.

And we here in Medellin continue to serve the rental markets and work with a small group of savvy investors who are well-loved in this wonderful city, Medellin, Colombia.