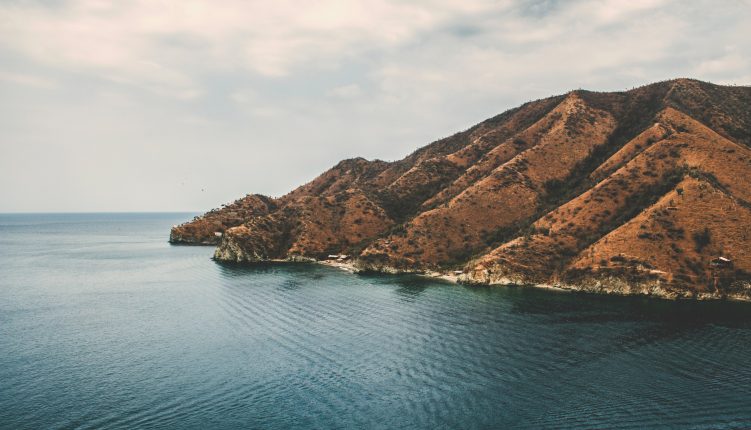 Check out some of Colombia’s best, little-known destinations.

From rolling countrysides, tubing down crystalline rivers, and dancing the night away to reggaeton on the white sands of remote islands, there is so much to discover in this incredible country. These are 16 of our favorite Colombia adventures—many of which you won’t find on TripAdvisor.

Zigzag across the Rio Claro

Midway from Medellín and Bogotá, the Reserva Natural Cañón de Río Claro—or Rio Claro Nature Reserve—is hidden in Antioquia’s remote Magdalena Medio region. Within the 450 hectares (1,100 acres) of steamy jungle of this eco-lodge, a gushing, crystalline river has carved a canyon from marble cliffs. Among other activities like rafting, hiking, and birdwatching, visitors have a rare opportunity to cross the river on three steel zip lines that zigzag downstream along the canyon walls.

Not to be confused with the popular hike in Cali of the same name (which is also worth checking out), Cerro de Las Tres Cruces—Hill of the Three Crosses—in Medellín is a little-known hill and trail with stunning city views. But the coolest thing about Cerro de Las Tres Cruces has to be the outdoor gym on its summit. After hiking the 1.2 kilometers to get to the top, you can keep the sweat going on the mountaintop gym with chin-ups, cement weights, big tires, and more.

Watch the sunset on Coccoloba beach in La Guajira

When it comes to new travel experiences, a visit to La Guajira is as off-the-beaten-path as they come. The seldom visited region is a desert that sits along the Caribbean coast, resulting in a rare collision of desert landscapes and ocean waves. The unique area is home to the indigenous Wayuu and Kogui people. Until recently, La Guajira was fairly isolated. The Colombian government tourism department has recently begun to promote La Guajira as an environmental destination. One of the region’s many remote beaches, Coccoloba Beach, boasts soft sand, towering palm trees, and dazzling sunset views.

Simmer in the natural plunge pools of Las Gachas

Near the tiny town of Guadalupe in the Santander region, you’ll find the magical Quebrada Las Gachas—a series of secret natural plunge pools within a shallow, red-colored river. The colorful river and its cold-water “jacuzzis” are surrounded by the Andes mountains around five hours outside of Bogotá.

Raft the Oreguaza River in Caquetá

The sprawling Caquetá region has made an incredible transformation from its violent past to a popular extreme sports destination. To explore the lush jungle region, you can take a half-day rafting trip past waterfalls and caves. Or, hike through the surreal Cajon Canyon that winds through the Las Dalias Natural Reserve. You can also learn about the culture and traditions of the Amazonian indigenous people in the small Huito indigenous reservation on the edge of Florencia.

A 45-minute speed boat ride from Cartagena, Cholon is one of the 30 islands of the Rosario archipelago. A popular party destination, Cholon hums with lively Latin beats on the weekends. Stop by to enjoy a tropical cocktail in a hand-hewed coconut and feast on grilled lobster snatched straight from the sea.

Scale the Cerro Tusa in Medellín

The Cerro Tusa is the famous “pyramid mountain” around 1.5 hours outside of Medellín. Getting to the tip of the triangle takes an up-to-three-hour hike with sun protection, a local guide, and a whole bunch of confidence. Because of the steep slope, this one is advised only for the most fanatic fitness hikers—it’s not for the faint of heart.

Here’s another Colombian jewel that continues to fly under the tourist radar: the little town of Zapatoca. In the tranquil town, you can sip homemade wine crafted from oranges and blackberries. Journey just outside the town, and you can explore the caverns of Cueva del Nitro, which once served as a sanctuary to pre-Colombian natives.

Colombian graffiti—particularly in the capital city of Bogotá and the Comuna 13 neighborhood of Medellín—has gained national attention for its beauty, diversity, and tumultuous history. Both cities offer graffiti tours with guides narrating the stories behind the street art, from bold celebrations of indigenous cultures to powerful reminders of past violence and conflict.

Escape the crowds in Minca

A sleepy village in the foothills of the Sierra Nevada, Mina is a quick half-hour ride from Santa Marta. Up until recently, Minca was a no-go zone for tourists due to the presence of military forces in the surrounding area. Improved safety measures have allowed Minca to blossom into the tourist destination it deserves to be. But even as hotels and hostels crop up around the village, Minca manages to retain its old-school-Colombia identity. You can spend a day trip to Minca touring its historical coffee farm, cooling off in the Marinka Waterfall, or hiking to the Los Pinos viewpoint.

Learn about Colombian history in Guaduas

Seventy-one miles northwest of Bogotá sits this historic town of Guaduas. As part of the Colombian Network of People and Heritage, Guaduas is a small valley that once served as an important stop between Bogotá and Honda. The town is perhaps most known as the home of Salavarrieta Policarpa, a woman who gave her life for Colombian independence. The unassuming village hides many other historical gems, including the well-preserved colonial buildings and an aboriginal settlement.

Marred by civil conflict and a reputation for violence and drug trafficking, San José del Guaviare was a “no-go” zone only a handful of years ago. Now, however, the jungle town has been transformed with safety measures and increasing tourism. Stray from the tourist track and pay a visit to San José del Guaviare, and you’ll be treated to a remarkably diverse jungle, swimming holes, and an incredible array of wildlife—including pink river dolphins, four different species of monkeys, toucans, parrots, and hummingbirds.

Explore the mountains and waterfalls outside Medellín

Medellín is surrounded by lush forest and jungle that are beautiful but rarely explored. There are plenty of hikes that will take you out of the city and into nature. Our favorite is the Arenales waterfall hike, which starts only minutes away from Envigado and takes you from Pablo Escobar’s infamous “prison” through dense jungle and past two waterfalls to the Arenales viewpoint.

Go back in time at Villa de Leyva

With its cobbled streets, whitewashed buildings, and cinematic landscapes, Villa de Leyva offers an Old World escape from the bustle of Bogotá. The peaceful colonial village is home to one of Colombia’s finest wineries, fascinating museums, and a historic plaza paved with river stones.

If you’re looking for a wild and sweaty night out in Medellín, look no further than El Poblado. Here, backpackers and locals alike come out at night to chug Aguilas and Aguardiente shots. Much of the action is concentrated around Parque Lleras, a plaza surrounded by more than 100 open-air restaurants, bars, and nightclubs.

Swim in crystalline ocean waters of Capurganá and Sapzurro

Capurganá and Sapzurro are two tiny villages on the Colombian border with Panama. Although they are only accessible by boat, the towns make the trip worthwhile with their glittery stretches of white-sand beaches, crystal-clear waters, and virgin jungles.

It could take several lifetimes to explore all the sites, sounds, and experiences Colombia has to offer—but this list is a good place to start. And if you want a comfy, modern home base in Bogotá, Medellín or Cali to return to after your adventuring, Lifeafar has got you covered. Book a luxury furnished apartment in the best neighborhoods of Colombia’s most exciting cities today, and follow us on Instagram for more travel inspiration and ideas.